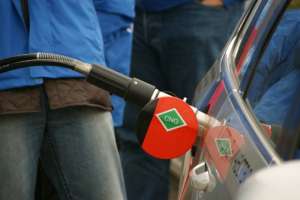 The Gazprom Board of Directors took notice of the information about the Company’s efforts aimed at amplifying the use of natural gas as a vehicle fuel.

It was pointed out that this business sector was strategic for Gazprom.

In the domestic market this activity is carried out along two main lines:

building up the NGV infrastructure (primarily, constructing new CNG filling stations),
contributing to the increase in the amount of NGV equipment.

A Memorandum with Russian Railways has identified the platforms for converting trains to liquefied natural gas (LNG) as well as the construction sites for LNG production facilities and railway vehicle filling stations.

By late 2017, Gazprom is planning to complete the pilot projects for CNG filling stations construction in 10 priority regions for amplifying the NGV use: Moscow, St. Petersburg, the Moscow, Leningrad, Rostov, Sverdlovsk Regions, the Krasnodar and Stavropol Territories, the Republics of Tatarstan and Bashkortostan. These regions were chosen after the analysis of NGV fuel demand in 41 Russian constituents.

Gazprom is engaged in major activities aimed at increasing the number of natural gas-fired motor vehicles. The Agreements on expanding natural gas use are inked with the Governments of 32 Russian constituents. The documents oblige the local authorities to ensure creation (expansion) of the NGV fleet simultaneously with the construction of new CNG filling stations.

Agreements of Intent were concluded with 250 car makers located within the future areas of the CNG filling network expansion. The documents will provide for loading new filling stations by at least 30 per cent.

With a view to extend the lineup of natural gas vehicles, the Cooperation Agreements were inked with 24 Russian and foreign manufacturers and suppliers of NGVs.

Gazprom actively converts its own vehicle fleet to natural gas. The relevant Program has been adopted for 2014 to 2017. Today 14.5 per cent of the Group’s transport runs on natural gas, whereas by early 2018 this figure will be increased to 50 per cent.

The meeting also pointed out that the Company kept on looking at the options of developing the NGV business abroad.

The Company’s Management Committee was tasked to continue amplifying the use of natural gas as a vehicle fuel in Russia and abroad.